Did someone call my country Intolerant ???

The one word which have engaged news channels in the recent past is intolerance. The debate on intolerant India has cropped out of two disturbing developments, viz, the murder of an Indian writer and second an increasingly violent reaction to Indians who consume beef. As rightly said by Chetan Bhagat "Ok, wrong to label Islam as violent after stray terror attack. But why did you label my entire country intolerant after a few stray incidents?" It has been portrayed, what has skulked into Indian living now is a certain level of ruffian aggression and anger which is awfully new. India, despite having a huge history and legacy of insolence and hostility, is now debating rising extremism and the dwindling tolerant space.
Intermittent occurrences don't change India's history of tolerance. In today’s times, when Intolerance is being sermonized to India, let us look at the very concept of tolerance, and the Indian way of acceptance. In 52 AD, St Thomas, one of the twelve Apostles of Jesus Christ, landed in Palayur, Kerala to spread the word, in short, to spread Christianity. The Viceroy of Goa, Antonio de Noronha issued an order for inhabitants of Portuguese rule whereby nobody under the law was allowed to construct a temple or repair one without permission and by 1567, 300 Hindu temples had been destroyed.  Rituals of Hindu marriages, sacred thread wearing and cremation were banned by law. The Islamic entry into India happened via Malik Deenar in Kerala who constructed the first mosque in 629 AD and after that, via the Arab traders, Islam came to the Malabar coast and many of the locals were converted. Despite all the ridicule, the driving out of the natives, and myriad racial killing, every religion survived and moreover flourished.
Incidences of communal violence continued in the recent history and in August 1947, across the Indian subcontinent, communities that had coexisted for almost a millennium attacked each other in a terrifying outbreak of sectarian violence, with Hindus and Sikhs on one side and Muslims on the other. In 1960s Freedom of Religion Acts encouraged Hindu efforts to stop Christian conversion. Christians in India faced a wave of violence between 1964 and 1996 where  church graves were despoiled. The anti-Sikh killings of 1984. The 2002 Gujarat riots which caused deaths, thousands injured and tens of thousands displaced and the haunting 1992 blasts in Mumbai. The memories of the horror continue, as do the scars, but the desire to go on keeps an Indian tolerant. The religion has been able to adapt all these other religions into an umbrella.  India loves it's diverse Gods which makes us a beautiful tolerant nation.
So now, is politics the culprit or is it the media which is sensationalizing events and forecasting them as national shame? When people are lynched, massacred, face blackened, abused, it is a serious failure of the law and order but in no way denote that we are becoming an intolerant nation. It is the social media, the vigilant media, activists and the political parties sensationalizing events and playing the blame game. Riots have taken place in the Congress-led government both at the Centre and the state. The 1984 riots against Sikhs, The Muzaffarnagar Riots, the killing of Kashmiri pundits, all happened during the Congress rule. The smearing of ink on Kulkarni's face and the cancellation of Ghulam Ali's concert in Mumbai are just instances of playing politics.[1]  All the government and municipal resolutions ordering meat bans were issued by Congress-led governments in the year 1964, 1994 and 2004 respectively[2]. The catch is that the beef controversy and the returning of the awards ploy has disappeared post Bihar elections. So,  what and why was the brouhaha all about?
India, from ages has been multicultural, multiethnic and multi dimensional with a vibrant democracy and as rightly said by the Finance Minister, Arun Jaitley can never be intolerant. Though religious intolerance is an undeniable reality to all religious groups but the essence is to coexist serenely. Hinduism, Buddhism, Christianity, Judaism, and Islam are 5 of the biggest religions in the world. Over the decades, these religions have shaped the course of history and had a reflective influence on the trail of the human race and these sundry occurrences is nothing but sporadic intolerance. Lastly, it can rightly be said that the Islamic world and the Hindu world and the Christian world are all on the same side and if we fall prey to the media and the political gimmick, we will soon be against them all.

Posted by Unknown at 9:39 PM No comments: 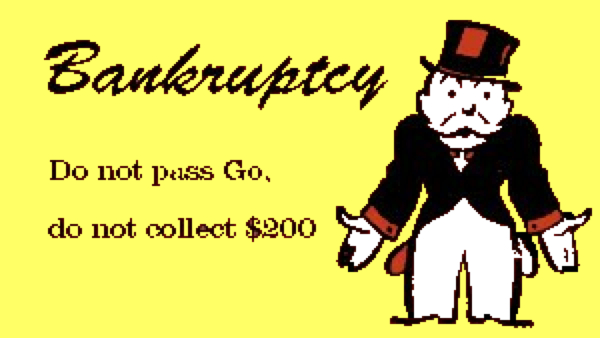 Bankruptcy is a legal proceeding in which you put your money in your pants pocket and give your coat to your creditors.
The nexus between better insolvency laws and economic growth is forthright. It has been established beyond doubt that the fierce and detrimental bankruptcy laws which ensures to protect the rights of borrowers and lenders, promote predictability, clarify the risks associated with lending, and make the collection of debt through bankruptcy proceedings more effective and pragmatic.
India witnessed an era of the Sick Industrial Companies (Special Provisions) Act, 1985 (SICA) and Board for Industrial and Financial Reconstruction (BIFR) as a failed mechanism for regulating bankrupt companies. The Indian laws are often termed as the toughest laws for the running of businesses in India.
The World Bank has ranked India at 142 out of 189 countries in 'resolving insolvency,' estimating that it takes 4.3 years on average in Mumbai to settle a case. In reality it takes much longer than that. To improve business condition in the country, Bankruptcy Law Reform Committee was setup by the government in Aug, 2014
I. Key reforms

1       Early recognition of financial distress in company and timely intervention by the government to rescue the organization. The first important suggestion is one that allows secured creditors to initiate rescue proceedings if a borrower fails to make good on any of its dues within a month of such a demand being made. The current rules under the Companies Act say that a borrower should be unable to repay 50% (or more) of its debt before debtors can initiate rescue proceedings. As the committee argues, waiting for a stage where a company has defaulted on 50% of its debt is probably waiting too long. By such time, the company would probably have turned unviable and a rescue would be unlikely. Act early, is the message.
2.     One of the most prominent and paramount feature of The Bill is that it proposes insolvency resolution within 180 days and a new regulator to oversee the process. It's also laid down a clear and speedy system for early identification of financial distress and revival of companies. The prescribed resolution timeline of 180 days can be cut further to 90 days from the trigger date for key categories. The proposed insolvency regulator will cover professionals and agencies specialising in the field.
3.     Liquidate non viable company at the earliest.
4.     Permitting secured creditors to apply for the rescue of the company, as per the current law it was filled after the company had defaulted by 50 per cent of its outstanding debt.
5.     Another feather in the cap was introduced by allowing unsecured creditors representing 25 per cent of the debt to initiate rescue proceedings against the debtor company.
6.     The committee has been prudent enough to recommend individual solvency. The report incorporates provision on individual insolvency, a crucial area covering sole proprietorships and small and medium enterprises in India.
II. Crucial benefits

1.     Improve the rank of India on ease of doing business
2.     The Bill has proposed a number of changes to the liquidation regime, including changes for increased protection of creditor rights, maximisation of asset value and better management of the company in liquidation. Simplifying exit policy is one of the criteria considered by entrepreneurs before setting any organization.
3.     It is also proposed that an early intervention by the government could salvage the entity from liquidation.
III. Shortfall

1.     We have witnessed that several provisions which deal with the early intervention by the government to save organization from being defaulted are already available under various laws and have failed to resolve the issue further, ineffective implementation of existing laws are major problems.
2.     There is lack of awareness, knowledge and information pertaining to the laws amongst the people who run and manage small businesses and micro enterprises, further they are managed by people who do not have much knowledge about laws and are largely illiterate thus, without required knowledge of existing laws, proper implementation seems to be a distant dream.
3.     We anticipate that in lieu of getting subsidies and tax benefits through state intervention, there will be an tendency amongst the entrepreneurs to show a well running organization as a sick organization.
4.     Although this may sound like an good news for creditors, on the flip side one needs to tread cautiously in giving the creditors unbridled power and leaving companies with fewer options to protect themselves.
III Conclusion
The Industry sentiments about the proposed law seems that it will create a robust and globally competitive insolvency regime.
However lets not get carried away as if one recollects substantial opinions were offered about the state of the debt recovery tribunals. On paper, these were meant to speed up recoveries, but in practice, have done anything but that. Until this judicial bottleneck is cleared, little may change on the ground.
The present laws do not either help a sick industrial unit to revive itself or assist financial institutions to recover their money. A transparent bankruptcy law is overdue, getting a new bankruptcy law in place is critical in sending a message to promoters that the erosion of the sanctity of the debt contract, as it’s been termed by the RBI governor, must be reversed.
Further a new bankruptcy law, coupled with practical changes, removal of judicial bottlenecks and curbing delays will be crucial to the reform process.

Posted by Unknown at 2:45 AM No comments: