Directors have been described as a company’s ‘directing mind and will’.[1] Success of a company largely depends upon the proficiency, veracity and integrity of its directors.

Directors are the trustees for the enterprise, it is indispensable that management of companies should be in proper hands and thus it becomes obligatory to choose your board wisely.

The new Companies Act’s stipulates that every listed company or public company with a minimum paid up capital of Rs.100 crore or a minimum turnover of Rs.300 crore needs to appoint at least one woman on its board.

Reaction by the Industries:

Points in favour of Reservation

The extent to which your board is diversified board is directly proportional to the company’s success. That is true even with gender diversity.

Experts believe that companies with women directors deal more effectively with risk. Not only do they better address the concerns of customers, employees, shareholders, and the local community, but also, they tend to focus on long-term priorities.[5]

We can attribute one more advantage to the argument in favour of reservation, higher female representation may further lead to the empowerment of women and better representation of women in the corporate sector In India.

A recent case study revealed that few years back the Norwegian Government directed companies to increase the number of women directors by way of 40%. Many corporate reached this margin through window – dressing. The Norwegian companies, in order to comply with the norms of reservation promoted many women with much lesser experience than the directors before them to the position of the directors. This led to deterioration of business of such corporate. The Indian companies in current market scenario afford such a situation?

One really needs to be pragmatic and consider that if finding nearly 1000, women to have at least one chair on the BOD in companies is proving to be such a difficult task for Indian companies that out of the 242 women directors appointed last year, at least 45 seats were filled by women belonging to the promoter group companies? This effectively means that Corporate India is more interested in meeting the norm than being an actual driver of change and diversity.

Our point of view

The initiative to bring in more women in the Board is no doubt comes with an optimistic motive behind it.

The very idea of a unblemished BOD derives from the concept of corporate governance reflecting on to the better management of the company along with securing the interest of all the stakeholders. The reservation fails to assure such a move, however, what it assures is better and a sounder social parity and structure.

Posted by Unknown at 4:52 AM No comments:

There is always someone willing to do it cheaper. 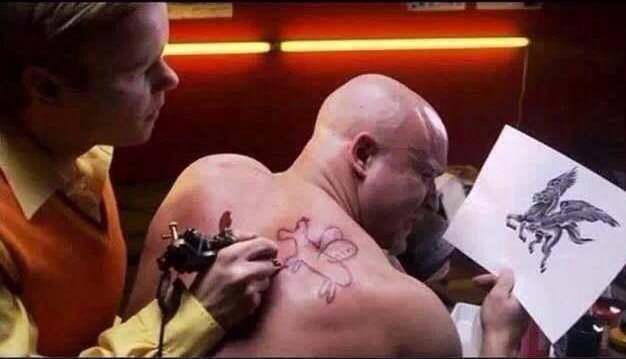 Vagueness is the gremlin of all contracts, and ambiguous terms and conditions will irk the business deal to the end of its life. Crisp and tight contracts are thus vital for an unbeaten business deal.  Nonetheless, it is too simple to fall and tangle into a weakly designed contract at a discounted cost. Time constraint, false sanguinity, mislaid trust, greenness, poor language skills are some of the factors which connive to produce a low cost bemused and a vague contract undermining the very purpose of a contract; certainty and predictability. Thus, we explain how bespoke language in a contract is the foundation in any business transaction.
Even the most global business entity can be raw and not conversant in a given business deal. The most crucial purpose of any contract is to assign the parties' respective rights, risks and responsibilities.  How well  the contract is prepared and risks are dealt with is the significant part.  The risk is high. Even minute alteration and improvement in how a contract is structured and managed can have considerable positive impact. The success of critical commercial transaction thus depends on watertight execution which in turn requires proficient Contract drafting  skills.
Contracts in today's day and age have become drastically more multifarious and too often entered into with inadequate blunt endeavor and without a reliable approach or the requisite controls; maybe to save cost. Significant aspects for a well drafted contract starts from a set of well defined terms and conditions understood by the parties that clearly defines the roles and responsibilities up to right control binding compensation to performance with constant supervision all built into one contract.
Further, what a contract must have is a well defined scope of work and execution plan which visibly and entirely identifies the parties respective responsibilities together with a means to review and gauge growth and the outcome. Favorable competitive pricing that allows the venture to attain its objectives for the particular transaction. Commercial terms and conditions that provide adequate rights and remedies whereby both parties have sufficient 'stake in the result' to keep them invested and focused on accomplishment.  Reporting and controls with processes that benefits all, shield and safeguard accountability right through the transaction's life, including setting up, building, deliverance phase and warranty period. Lastly, Contract management which is the plan for organizing the transaction after the deal is signed so that the contract is not simply ''filed and forgotten'' but instead managed until its completion with rights and remedies suitably exercised in an apt manner.
Additionally, the certainty that negotiations will take place post-execution is time and again ignored.  A variety of issues faced by the parties crop up during the performance of the contract where differences may need to be resolved. A well tailored contract aids to the continuing negotiations even after the contract is executed. In such cases, the contract lingo is useful not only in diminishing the probability for differences, but also in smoothening the progress of decision by having lucid language and a clear process to follow.
Lastly, while the preparation, offer, assessment, continuation and structure of the entire transaction may just take few months, the real performance of a contract can take years. Consequently, it holds the highest threat of something going haywire  at the performance phase of a contract. Thus, not only an ambiguous contract can ruin your transaction, it can also negatively impact the Company's reputation, weaken credibility and waste the time of judges, lawyers and clients, thereby wasting your hard earned money. In short it can be said that, contracts drafted at low and discounted  rates is directly linked with contemptible quality product.  Therefore choose astutely.
Posted by Unknown at 3:45 AM No comments: